In the past, you could advertise an 0845 or 0870 phone number, and it wouldn’t be a problem. These numbers were commonly used—even by government call centres—to offer low-cost rates to customers while still being able to easily identify themselves…

In the past, you could advertise an 0845 or 0870 phone number, and it wouldn’t be a problem. These numbers were commonly used—even by government call centres—to offer low-cost rates to customers while still being able to easily identify themselves as businesses, charged around the same cost as a standard mobile call.

Today’s consumers are much more aware of the costs associated with calling 0845 and 0870 numbers. Charges for these premium rate numbers have increased to exorbitant rates, up to 65 pence per minute from some mobile networks and are likely to be operated by scammers or rip-off merchants.

The public has become aware of websites such as www.SayNoTo0870.com, which highlight consumer rip-offs by phone companies and the potential dangers of calling these numbers.

Although the UK regulator Ofcom banned their use for customer service lines, many businesses still employ them anyway—despite numerous complaints from the public.

Why does no one call?

Using a 0870 or 0845 phone number is a big mistake, considered a premium rate, meaning calling will be far more expensive than calling a standard landline or mobile number.

This can be a deterrent for potential customers hesitant to make a call if they are uncertain about the costs. What about an existing customer who needs to speak with you for assistance but can’t because they don’t want to pay for the call? They may opt for a competitor instead. Why would you expect them to come back if you’re not willing to accommodate customers in this scenario? Given the current cost of living crisis, do you seriously expect a customer to pay you for speaking to your company?

Your competitors are likely not doing this.

Besides their higher cost, premium rate numbers carry a stigma of being less trustworthy and professional compared to standard landline or 0800 Freephone numbers. Customers will be more likely to trust a business with a standard landline number or a 0800 Freephone because it suggests that the company is more established and reliable rather than being a fly-by-night operation.

0870 + 0845 numbers have a bad reputation for being used by scammers who can charge exorbitant rates when people unwittingly call them, trying to keep them on the line for as long as possible while they line their pockets with call commissions. These actions have long eroded the goodwill that came with these types of phone numbers.

Your reputation will suffer if your customers perceive that you are associated with anything they think looks dodgy. Some people will view premium rate numbers as a sign that a business is trying to make money from them, which can lead to negative perceptions of your brand.

It’s important to remember that even though legitimate businesses are using 0845 numbers (and yes, there are), many people have had bad experiences with this type of phone number due to all the scams out there, which makes them wary when seeing one used again – whether intentional or unintentional on behalf of an honest company.

Many mobile phone providers and service providers block calls to premium rate numbers, especially for pay-as-you-go customers and will often play a warning message when a customer tries to call, discouraging even more calls. If you’re using a premium rate number, some of your customers may not be able to reach you at all, even if they want to, which is frustrating for them and leads to lost business opportunities.

So if you want to attract more customers and boost sales, it’s imperative to drop that premium rate phone number asap. If you don’t want your company to be seen as a scam, rip-off or untrustworthy, then avoid 0845 and 0870 numbers at all costs! 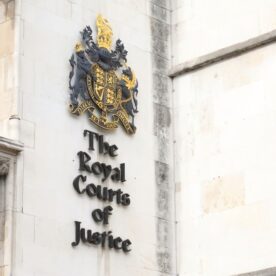 Understanding the Dangers of Signing a Telecom Contract – Protect Your Business

The Simple Mistake That Could Be Costing Your Business £20,000 In Sales Per Day 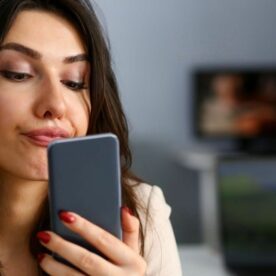 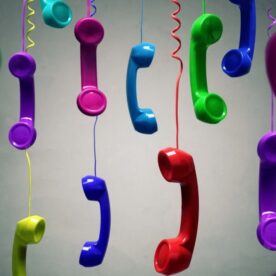 Measuring the Effectiveness of Your Calls and Adverts – Tips and Strategies