What are 0800 Numbers? 0800 numbers are UK non-geographic phone numbers that have been “free to call” from UK-based mobile and landline phones since 1st July 2015. Before July 2015, calling a UK 0800 number was only free from landline…

0800 numbers are UK non-geographic phone numbers that have been “free to call” from UK-based mobile and landline phones since 1st July 2015.

Before July 2015, calling a UK 0800 number was only free from landline phones. Mobile phone callers were charged for the 0800 calls by their providers. This led to accusations of unfair practice and raised questions as to whether an 0800 number could be accurately called a true “freephone” number.

After conducting various studies into the usage of non-geographic numbers, Ofcom finally recognised the unfairness of charging mobile calls to 0800 numbers, leading to the launch of its “UK Calling Initiative” in July 2015. Since then, greater transparency has been brought to the 0800 number market. Mobile callers can now ring 0800 numbers without being charged extra on top of their mobile plan inclusive minutes.

Have you ever decided not to ring an unfamiliar-looking number because you weren’t sure how much it would cost (particularly from a mobile phone)?

How it has worked from 1st July 2015 onwards

From 1st July 2015, the cost of calling service numbers was split into two clear parts:

Say your particular phone company charges you 2p per minute for calls to service numbers – that is their access charge.

And let’s say the service charge for a particular number you want to call is 20p per minute. In that case, you would see information like this:

These rules will apply to all consumer calls to 084, 087, 09 and 118 numbers across the UK, delivering clearer call rates for everyone.

As we said earlier, the cost of calling 0800 numbers from mobile phones has been a particular bone of contention for some time.

Previous studies found that telephone users were sometimes confused about how much it costs to call service numbers and who receives the money. This means people lacked confidence in these numbers and sometimes avoided using them. This had a detrimental impact on various helplines and charities that used these Freephone numbers, such as Action on Hearing Loss or Age UK, as well as Government services such as Jobseeker’s Allowance.

The good news is that, from 1st July 2015, all calls to these and other Freephone numbers (which begin 0800 or 0808) were made free for consumers to call from all mobile phones, just as they generally were from landlines.

So who picks up the tab for all those free calls to 0800 numbers?

The business owner operating the 0800 number picks up the cost. For example, we have a client based in Ireland offering Search Engine Optimisation (SEO) services to Irish businesses as well as to UK-based companies. They wanted a UK 0800 number for their UK prospects to call. So they rented an 0800 number from us and set up a redirect, so all calls to that number were forwarded to an Irish mobile number. They then had to pay the cost of the forwarded element of the call (from the 0800 number to the Irish mobile).

How to buy an 0800 Number for your business

If you want to buy an exclusive 0800 Number for your business, you need to consider a number of things.

Do you want a basic 0800 number to forward calls to your landline or mobile? Or would you prefer a premium or memorable 0800 number to help your business stand out and make it easier for customers to remember?

Also, do you want a pay-as-you-go 0800 number, or would you benefit from a bundled package which includes a number of minutes of incoming calls for a set fee?

Whatever type of 0800 number you need for your business, we’ve got a range of freephone options to suit you. Check them out here.

Do the new call charges apply across the whole of the UK?

Yes, they apply across the UK. This does not include the Isle of Man or the Channel Islands, which have their own structure for these calls.

What if I’m calling from a business phone?

The new rules apply to calls from residential lines and mobile phones. Phone companies continue to have flexibility over how they charge for these calls from business phones.

So if you’re calling an 0800 or 0808 number from a business phone, such as a Hosted PBX system, you should check with your provider whether there will be a charge.

What if I’m calling from a payphone?

The new access and service charges do not apply to calls from payphones, as these are charged differently. It may not be possible to call all service numbers from payphones, particularly those with a higher cost per minute or a higher one-off service charge, as wholesalers charge an 80p/minute payphone surcharge to the business you are calling.

No, the new rules do not affect the cost of sending text messages.

I’ve heard that some companies will have to offer a contact number charged at the basic rate. How does that fit in with the new call regulations?

The Government introduced new legislation affecting companies such as airlines, train operators, and major high street and online retailers that offer phone helplines to customers who have purchased their products. These parties must ensure that such customers are offered a ‘basic rate’ contact number. Basic rate means a number which costs the same as a standard ‘geographic’ call (like an 01 or 02 number) or a standard mobile rate, or else it is free. This change is separate from the UK Calling changes, which were led by Ofcom.

The new arrangements do not require any telephone numbers to change. None of the companies offering services on service numbers is required to change their number. Of course, businesses and public organisations remain free to move to a new number if they wish.

Do I need to make any changes to my phone or the package I am on?

No. Your telephone provider will advise you of your access charge for calling these numbers.

Companies and public bodies are free to choose which kind of telephone numbers they use to be contacted. Ofcom does not have the power to require organisations to use particular numbers. Ofcom does encourage public bodies to consider using 03 numbers, which cost no more to call than a normal geographic number.

Where can I find the cost of calls to numbers before I call them?

The organisation will communicate the service charge using the number to provide a service.

Your phone company’s pricing plans and bills will include the access charge.

Exactly how will my phone company communicate the access charge?

Phone companies are required to publish access charges in a way that is prominent and readily accessible to customers. That means on your phone company’s website, in its published price lists, on bills and in any advertising and promotional material which refer to call pricing. When a new customer takes out a contract, the phone company they are signing up with must inform them about the access charge.

Phone companies are also responsible for informing consumers whether charges for calls to service numbers are included within bundles of inclusive calls or inclusive call minutes.

Will the access charge always be the same, regardless of which telephone or mobile company I use?

Access charges are set by each telephone company and communicated by them to their customers. You may wish to compare access charges between providers and the different call plans a provider offers.

Although the access charge may vary between providers, it will always be the same for calls you make to the affected numbers within your call plan. Some providers may also choose to offer call plans which include some of these charges within their inclusive call packages.

You can find the access charge for this number – the rest of the call cost – from your phone company. Choose a provider from the list below to be directed to their pricing page:

Exactly how will the organisation I am calling communicate the service charge?

Companies and organisations that provide services using 084, 087, 09 or 118 numbers are required to communicate the charges clearly.

Wherever they advertise or promote one of these services, they must ensure that the service charge is displayed in a prominent position and in close proximity to the telephone number.

We advise staying away from any business that uses these expensive numbers.

Will the service charge always be the same, regardless of which telephone provider I use to call the number?

Yes. Unless you are a business customer, the service charge to call a particular number will be the same no matter which telephone or provider you call from. The service charge is set by the organisation you are calling.

Who takes the money from the cost of calling a service number?

Various parties may do so: your telephone company, the organisation you are calling, and the company responsible for routing or connecting the call. After the UK Calling changes, you will be able to see how much money is going to your phone company (the access charge) and how much is the amount set by the organisation you are calling (the service charge).

Will 0500 Freephone numbers become free to call from mobiles?

0500 numbers are not part of these changes, and calls from mobiles to these numbers may still be charged. Ofcom has decided that the 0500 number range will be withdrawn from use in 2017.

Where can I find out more about the new UK Calling rates?

Check out the video below, produced by Ofcom, which explains the new rates for calling service numbers.

March 2020 Update: People are still confused about the cost of calling 0800 Numbers from their mobile phones

It’s evident from the type & volume of Google searches conducted in the UK that there is still confusion about what mobile networks charge to call 0800 numbers. When we talk to prospective customers who are thinking of buying an 0800 number to use, it’s clear from the questions they ask that they are confused about what they will pay when someone calls their 0800 number.

The table below shows the average monthly volume of actual questions people have typed into Google’s search engine over the past 12 months:

These volumes of searches appear to show that mobile phone networks clearly aren’t doing enough to educate their customers about the fact that calls to 0800 numbers are free from all mobile phones.

Where can I get an 0800 Number for my business?

0800 Numbers are available to buy from lots of sources. But they differ considerably in price. Typically you will pay a monthly fee for leasing the 0800 number, plus you will pay a variable amount for forwarding inbound calls to a landline or mobile number.

As one of the UK’s largest providers of virtual numbers, we offer a range of 0800 numbers with a number of bundled minutes included. Click here to see the 0800 number business packages we’re currently offering.

For more tips, see our guide to getting more calls for your business and what to look for when choosing a new telecom supplier. 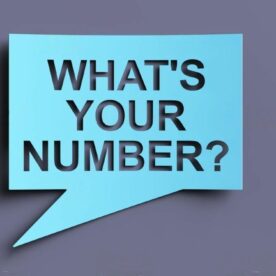 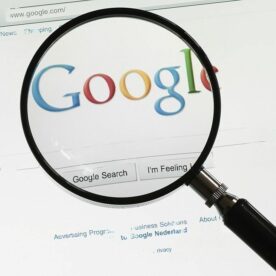 The UK’s Most Searched for 0800 Numbers